Providers have reported a surge in claim denials and reimbursement delays. According to a study by the American Hospital Association (AHA), 91% of interviewed providers indicate experiencing an increase in denials. Over half (51%) of those providers deemed the increase as “significant”. While claim denials are not a new stressor, the following 5 reasons seem to be the most frequent in recent claim denials:

Lack of Prior Authorization

According to Medicare’s Inpatient Prospective Payment System (IPPS), a short stay is an inpatient admission that requires care for less than two midnights. Inpatient stays lasting one-day or less accounted for 13% of the annual total recorded inpatient admissions in the Medicare program.

Hospitals and health systems have seen insurers frequently deny reimbursement for inpatient admissions although the clinical indicators and severity of the illnesses meet the requirements. Health insurers tend to downcode the services to observation status and pay a lower rate. Alternatively, they use the downcoding to deny the claims due to lack of prior authorization for observation status.

Some health plans have migrated from using the Sepsis-2 clinical criteria to Sepsis-3. The latter set of criteria excludes reimbursement for less severe cases of Sepsis. While insurers do not intend to alter the care plan for treating Sepsis, these criteria influence the declining reimbursement for early treatment of Sepsis.

The AHA states that “early treatment is critical to prevent the progression of sepsis and any reduction in early intervention could result in increased mortality”. Documentation is of utmost importance in situations such as Sepsis. Proper documentation of patients’ health conditions allows insurers to see the necessity of the medical interventions taken.

Acceptable locations where care can be received are oftentimes limited based on health plans. For example, care received through the emergency department may not be covered if the payer believes that the patient could have been treated by a primary care physician. What the criteria do not consider is the reason care was sought at the emergency department in the first place. This may dissuade patients from seeking care.

The acceptable sites according to health plans often change mid-contract. Individuals select their health plan knowing certain sites are covered, just to have them change in the middle of the term. This confusion leads to unforeseen costs, causing individuals an increase in stress and providers a decrease in revenue.

When health plans are slow to update their files, it causes confusion, stress, and increased costs. An insurer may deny the claim stating the patient is not enrolled in their plan or does not have coverage for the services although they do. It mostly happens at the beginning of the year when the health plans have not updated their files to accurately represent which patients have coverage. Alternatively, an insurer may first pay for the services and then retract the payment when they realize the patient is no longer enrolled in their plan.

It is important for providers and insurers to work with vendors that have a clear understanding of the health plans. Data-Core Healthcare’s Revenue Cycle Services use a combination of people, tools, and processes to ensure efficient and timely progress of claims through the cycle until reimbursement is received by the provider. Understand how to optimize your claim submission process by reading our post on minimizing healthcare claim denials.

Over the past decade, health care systems and hospitals have adopted digital technologies in different business and functional areas. Digital transformation can be viewed as a modern approach to delivering care to meet the well-being Read more… 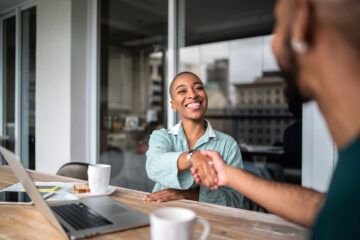 Outsourcing some activities of the Revenue Cycle can help you in obtaining payments while reducing overhead costs of maintaining in-house billing teams, expenses on technology, office equipment and compliance related issues. This increases your Revenue, Read more… 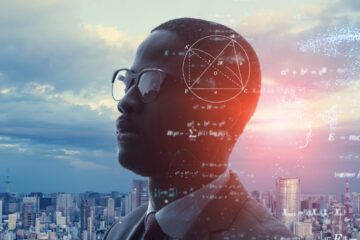 Artificial Intelligence (AI) is a boon to the healthcare industry. It has gained significant traction in recent times from optimizing healthcare operations to providing superior diagnosis and treatment. Today we will look at some exciting Read more…